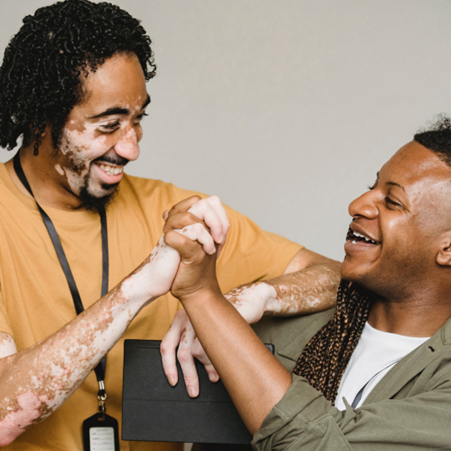 So,
Have you ever been in a place where you weren't really sure you fit in, that you belonged?
Many years ago, when Sue and I hadn't been here in Otisville very long, I was asked to preside at a wedding of a community person. The family was church connected and I suspect the bride had probably been to Sunday School, but for the most part weren't regular Sunday morning folks.
I did the wedding and then since we had been asked to stay for the reception, we did, something now we would only do if we knew the family well.
And, sense we weren't know well by the bride or her family, we were sat at a table with some very lovely people who were complete strangers. In fact, we knew only a handful of people in the whole room and most of them not very well!
So spent the afternoon talking to each other. Good conversation, but over all a very awkward afternoon.
And I know you all have been there!
In a situation where you really weren't sure you fit in, and even if you wanted to, not sure where to begin the process. And if you happen to be an introvert, oh my, a living death!
Of course, there has been a lot of that meeting new people this past week, because school has started. New kids on the bus, and maybe a new bus driver.
New kids in the class, a new teacher, and new parents you've not met yet. You all have something in common, kids in the same classroom, but...
And then there is fall football, cheerleading, soccer, lacrosse, and who knows what else, all with new people to meet. And in some cases new reasons to fee awkward!
For extraverts, or folks good at small talk, maybe you could have turned that wedding, or that first meeting with other parents, or having to sit with someone new on the bus into an opportunity to meet new people.
A couple of weeks ago Noah was at the house and had taken a nap and when he woke up, he was crabby!
When that happens, I know to do two things. One, get him a snack. I have no idea whether his blood sugar is low, but when he is like that mine feels low so a snack. And we share!
The other good choice is a distraction!
Let's not focus on not being unhappily partly awake and crabby. Let's instead let’s focus on an after-nap adventure! In this case a walk to the Otisville Veteran's Memorial Park down the street, where there are swings and a big toy with slides!
So, I said, "Hey Noah, you want to do to the park and swing on the swings" while he is eating a nice big chunk of dried mango.
And, it worked. Off we go.
We grab a ball so we can play at the park, and then Noah announces, "I'm going to make a friend." Just like that. You go to the park. You see another kid and you make a friend. Sigh.
For some of us, it's not that easy. But for Noah it is the reason to go to the park, or one of the reasons. Meet someone and make a friend. Assume that others will be open to new relationships!
However, for the eleven brothers, the sons of Jacob, it did not look at all like that was going to be the outcome. It was going to be bad. They could feel it, and the tension was astronomical.
You see, the silver cup, the one the right hand of Pharoah used, Joseph's we know, from which he drank, and from which he also did divination according to his servant <what's that about?> had been found in Benjamin's grain sack!
And now with all eleven brothers standing before him, awaiting sentencing as slaves, it seemed like making friends was impossible.
These brothers, the ten excluding Benjamin, had done Joseph wrong. He had every reason to continue to make them suffer for what they had put him through.
But now in an amazing display of grace, in what is another example of the Old Testament's prefiguring of the work of Jesus, Joseph decides to not only to forgive his brothers, but to accept them back into a dynamic, caring relationship. To make friends.
In an instant, while Joseph cries and then kisses each one and hugs them, they go from outside the circle, to inside.
They get to see how the radical love of God works, in the decision by Joseph to pull them close and forgive them.
It is exactly what Jesus demonstrates in his sacrificial loving of those who condemned him, abandoned him, and in the end crucified him.
"Love each other as I have loved you," he tells his disciples.
And in Joseph, son of Jacob, we see it in action. Love others not because they have done you right, but love them even if they have done you wrong.
Not because they are worthy. But because that is what disciples of Jesus do. We love our neighbors, even if they are mean, even if they are idiots, even if they are different from us.
Not because of them. But because we have been loved, and know that God's love can change even the most unfixable people.
It has been quite a journey and we have learned much.
May God bless you as you continue to think about this story and these lessons.
Amen.