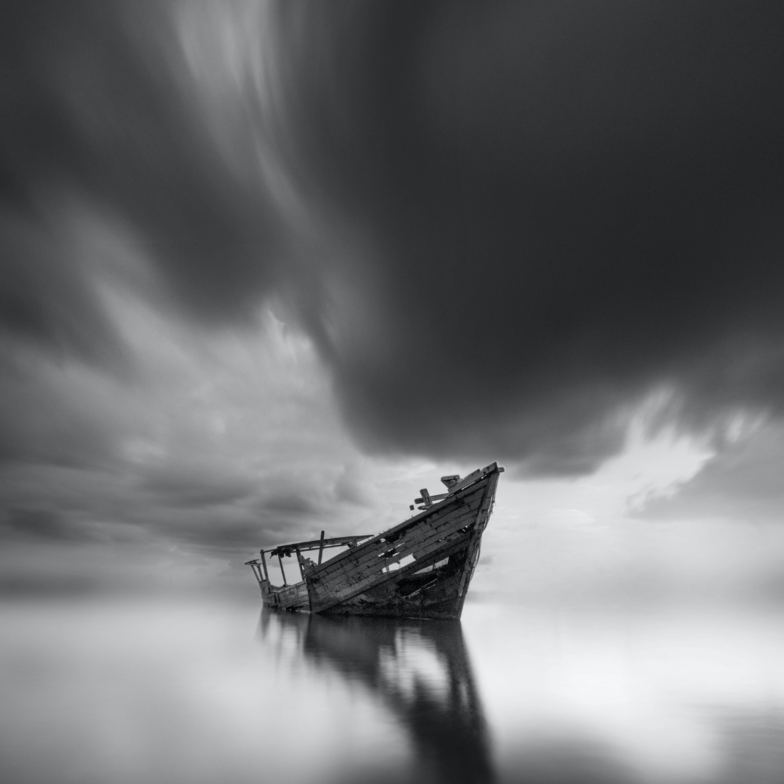 Have you ever had a really good sleep? Like you were dead to the world, comfortable, dreaming away about a vacation to your favorite relaxing spot when you were rudely awakened to an absolute nightmare?

I mean some people have been awakened to a fire in their house, to floodwaters pouring in under the door, to a tree or worse a car crashing through the house, news of the death or injury of a family member, an intruder in the house, a wild animal, or in some cases a war.

It can be bad - and it is an awful way to wake up.

Sue and I have been blessed to only rarely have been woken up to anything really bad. About the worse it has been is when our second child came in the bedroom door and said, “I don’t feel good”!

Because you had to get up and run! You had to carry her into the bathroom or get her a bucket or whatever was not making her feel good, would soon be covering you!.

Dream time was over, no matter how exhausted we were. It is hustle to deal with what is going bad or it is going to be an even bigger mess!

Jesus’ need for sleep in the boat, and the fact that some how he had a pillow, or he or the disciples improvised one, tells us so much about him!

In him was the very essence of God: God’s presence, God’s wisdom, God’s character, God’s love! But it was all package for our benefit, not in a larger than life Atlas or Zeus frame, but in the form of a man who needed sleep!

And it appears he was sleeping quite deeply and peacefully until those scaredy cat disciples got it in their heads that the boat they were traveling in - was about to be swamped and sink.

Now you all know I love the scriptures.

I love them because of the amazing story of faith they tell. But I also love them for the little literary details that the authors put in that we preachers often skip over or ignore.

In Mark’s Gospel, chapter three he tells us that after Jesus had spent the day teaching the disciples, and healing a man’s hand in the synagogue, he needed to “get away” to recharge.

Verse 7 begins, “Jesus led his disciples down to the shore of the lake. “Large crowds followed him from Galilee, Judea, 8 and Jerusalem. People came from Idumea, as well as other places east of the Jordan River. They also came from the region around the towns of Tyre and Sidon.

All of these crowds came because they had heard what Jesus was doing. 9  He even had to tell his disciples to get a boat ready to keep him from being crushed by the crowds.”

I think he was overwhelmed, a least in his humanity, and out of gas, tired, willing one guesses to do what he needed to do to help folks, but desperate to refill and recenter.

You know that is a great reminder to us, that we need to be intentional about our refreshing of our physical, as well as our emotional and spiritual energies.

If Jesus needed to, how can we imagine that we don’t. To be a person filled with the love and peace of Jesus, we need to sleep and even more. As Elizabeth Elliot, one of the early missionaries to Papua New Guinea once said, “a missionary is more important than the mission”.

And so, Jesus slept.

But there was a storm brewing and the seasoned fishermen on the boat in which Jesus was riding knew they were in trouble. They were too far from shore, the winds had come up too quickly, the waves were now making it impossible to row, and the wind impossible to sail.

They were at the lake’s mercy, and all of them realized it was bad. It was as bad as any disaster at home and worse, but Jesus slept on.

Until the disciples woke him.

Have you ever been in a storm that scared you to death? Perhaps not a physical storm with rain and lightning, but one of those storms in life that shatters your peace?

The loss of a loved one. A huge change in your job. A diagnosis for you, or your child, or a family member or a friend, that just throws your world upside down with what feels like horrible waves of destruction! And now your life which was as fine as a sunny day cruise, in now the part where the weather started getting rough and the tiny crew was tossed!

The fearless crew is in a panic so now you must wake Jesus!

You must make him aware of how awful the situation is. And then you wonder out loud how he could even sleep at such a time. I know you have. I know I have.

He asks the disciples, who I suspect were feeling a good bit of righteous indignation, why they had so little faith!

To which I am sure they are asking themselves, “what the heck, we’re about to all die!”

Does it change the panic when the child stands by the bed, or the water comes under the front door, or when it snows and you realize you have no bread, milk or eggs?

No! We still panic, as did those disciples. But then we are invited to see who is in the boat with us, and invited to ask him to calm the wind and the waves, and our wildly beating hearts.

Should you prepare, should you make wise choices, should there be beer in the fridge just in case? Yes!

But should we also remember who and whose we are?

And let the peace that passes all understanding, guard your hearts and minds in Jesus Christ. Amen.