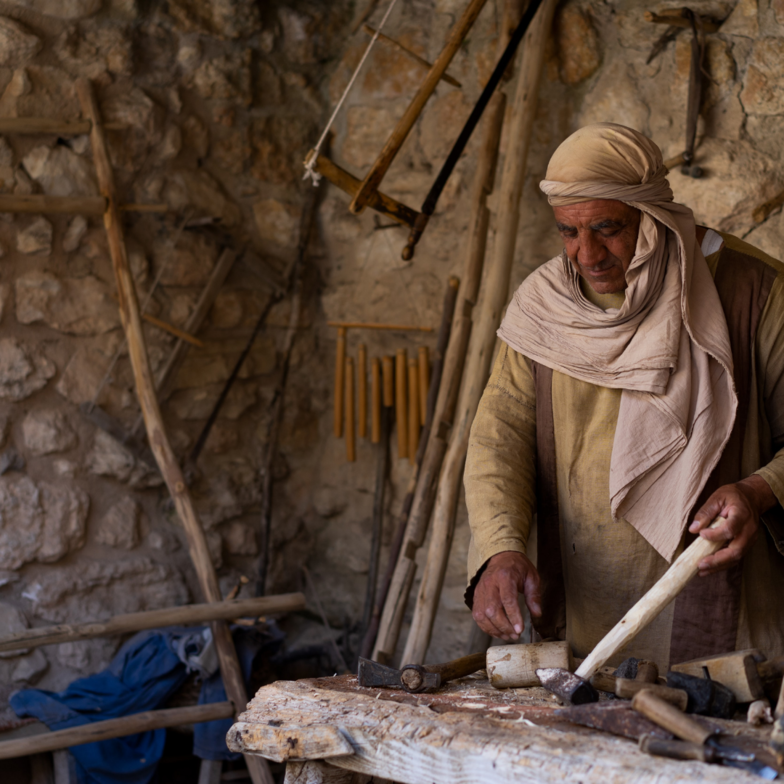 Have you ever gotten so frustrated and disappointed with something you have worked really hard on - that you just didn’t want to deal with it again?

We decide to invest our time, energy, imagination, love, in something or someone, and then it doesn’t work out the way we anticipated or hoped.

Making the difficult choice to jump in, to put our heart and soul into something is hard enough, but to then have things crumble before our eyes is heart breaking.

Have you ever grieved over something you’ve created that you just wanted to walk away from and have nothing to do with?   Even, in extreme cases, to destroy it, like a painting or a garden or even a person, to just give up and walk away from it all, especially the huge burden and pain of loss?

Let’s face of it, all of us have felt that way at some time or another.

Did you know God understands that grief, that sense of failure, that devastation, that heart sick feeling, because God too has experienced it!

Plumb that deep, deep grief, and then you come near to understanding God’s overwhelming disappointment with his creation in Genesis chapter 6.

It was all for naught!

Now, think about that. After all that had gone wrong with Adam and Eve, with Cain, and with Lamech, along came Noah.

Amazing Noah, who believed, who had faith when no one else did!

Noah acknowledged God as the creator and sustainer of life and so the God of creation built a relationship with Noah, took Noah under his wing, mentored Noah and his family, and in the end, God saved Noah.

How many of you would love to have that kind of relationship with God?

How many of you are building that kind of relationship with God right now?

Do you see yourself working alongside God?

Are you serving a mentoring God, who is in the process of shaping you and molding you to be one of this generation’s Noahs!

The kind of faith that leads you to do what God has called you to do, to live in a way that constantly reflects God’s confidence in you that you have God’s back, that you are a faithful follower, a workman or woman worthy of praise because you are busy building an ark just like Noah.

It doesn’t matter that the ark you are building is not made of gopher wood and tar.

That you are putting your faith to work!

And every time you are faced with making difficult choices, remember Noah, and his willingness to put his faith to work.   Amen.