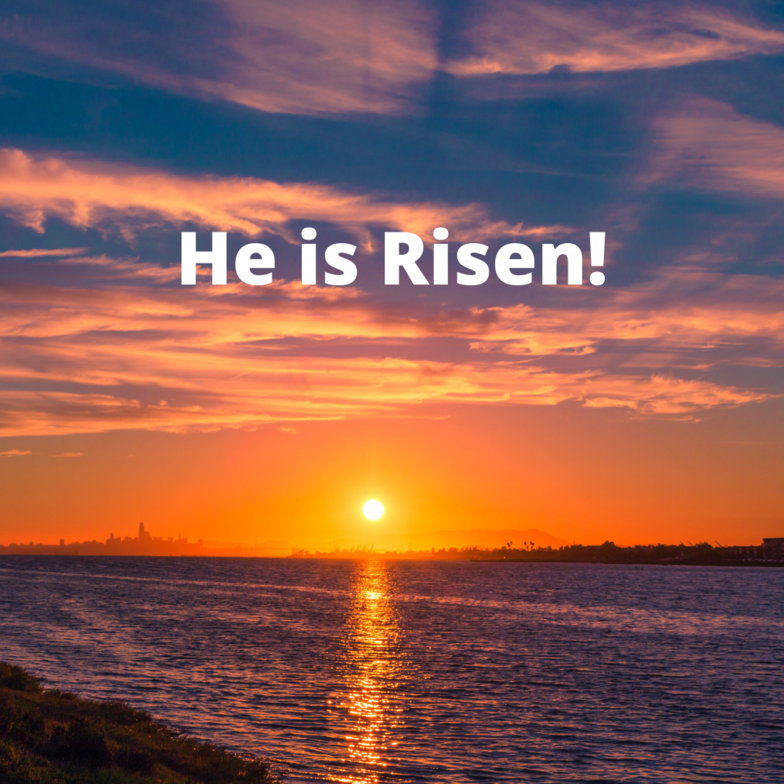 Of all the crazy things you’ve done, I’ll bet you have never done this. Gone to a graveyard to find a beloved friend and get them out of the their grave so you can prepare them for burial!

Someone said the other day that the story of the ship stuck in Suez Canal is actually a bit crazier than we have so far heard.

It turns out it all went awry when one of the ships pilots said to the other, “How much you want to bet me I can do a U-turn right here in the canal! Hold my beer!”

Now, I know we do burials much different now. We embalm and we put the bodies of our loved ones in a casket in a grave six feet deep. But still!

These women decided out of love and deep concern, that Jesus had not been properly prepared for burial. So, they decided to go and get him and prepare him properly.

In Jesus day, bodies were laid out flat in an above ground grave if your family had lots of money, or scrunched up in a pit grave, if they didn’t. Both had rock covers to keep out potential burial invaders, human and animal.

In the grave the flesh was allowed to rot away until all that was left was bones. They were then gathered and put in a box which we call an ossuary which was placed in the family burial spot. Or the bones were just gathered and added to the stack in the family bone place.

The women knew all about this, and undaunted, they got up before daylight and headed out to the place Jesus was buried, to wash the body, and to wrap him in new linen with burial spices.

And, not only that, they also knew that they would end up being ritually unclean. And while we moderns may dismiss that as a trivial concern, in first century Jewish world it was huge!

While any corpse is highly unclean all by itself in Jewish law, one who touches a human corpse contracts a lower grade of uncleanness known as the "Father of uncleanness" (Avi HaTum'ah).

And once a person has been defiled, if they touch any other human being or foods or drinks, they render them unclean as well. Only by the rituals of washing and seven days of separation could return them to normal life.

It was a big deal. It was costly.

Bottom line, these women did what loves does!

They put it all on the line to care for their beloved master and friend: they chose to do the right thing.

But, never could they have imagined that Jesus was not dead!

The author of Mark’s gospel kind of makes a point of the fact that they had not figured out how to move the massive stone.

The stone of course turned out not to be the problem!

Because the tomb was empty, and on the slab was sitting a young man where the body of the dead Jesus should have been resting.

Now I go to cemeteries a lot. In 2020 I presided at twenty-five funerals. Never ever have I come to the graveyard and discovered an angel sitting next to the burial spot saying, “Hey folks, not happening. The casket is empty. Take a look!”

So, the idea that the women were freaked out should come as no surprised. They had steeled themselves for the task ahead and now there was no task!

No moving the stone. No unwrapping a decomposing body.

No washing and spicing and rewrapping Jesus. No ritual uncleanness.

Nothing they had expected and dreaded.

No, this was worse.

They couldn’t wrap their heads around this idea that Jesus wasn’t there.

Even worse than that, they couldn’t comprehend resurrection!

What was it the young man said…

“Don’t be alarmed! You are looking for Jesus from Nazareth, who was nailed to a cross. God has raised him to life, and he isn’t here. You can see the place where they put his body. 7 Now go and tell his disciples, and especially Peter, that he will go ahead of you to Galilee. You will see him there, just as he told you.”

Two thousand years later, it is easy to think the women at the tomb handled it all badly. But you know what, they did exactly as any of us would have. They struggled to understand both in their heads and their hearts what they were hearing. What they were seeing!

They saw him die. They knew he was dead.

But God had other plans. For them, and for us.

Because, starting at the empty tomb, the real adventure of faith begins!

May 9
Sanctuary Worship at 9:00am
May 9
EMPOWERfamily Worship
May 9
Worship Online